Back from R/Finance in Chicago

I had a great time at the R/Finance conference in Chicago last Friday/Saturday. Some brief takeaways for me were:

From Emanuel Derman’s talk: It is is important to distinguish between theories and models. Theories live in an abstract world and for a given set of axioms they can be proven right. However, models live in the real world, are build on simplifying assumptions and are only useful until experiments/data proves them wrong.

‘Pornography is hard to define, but I know it when I see it.’ Matt Dowle from h2o had the laughs on his side when he started his talk with this Justice Potter Stewart quote to illustrate the value of his data.table package to its users.

Bryan W. Lewis showed why inverting a matrix is tricky, particularly when it contains entries close to zero and what you can do about it.

Marius Hofert gave a stimulating talk on simsalapar a package for parallel simulations, which I need to study in more detail.

Following a brief conversation with Dirk on drat I finally got the punch line of the package, but not so much the joke on drat as a fairly mild expression of anger or annoyance. I had never heard the expression in the UK. Perhaps drat is better explained as Dirk’s R Archive Template?

The audience seemed to have appreciated my talk on Communicating Risk. My chart of visualising profitability using a Whale Chart appeared to have resonated with a few.

Furthermore, I learned that the weather in Chicago is even more unstable than in London. After an amazing conference dinner at the Trump Tower, spending most of the time outside and admiring the sunset, we experienced a very cold and rainy Saturday. But then again, there is always time for a Jazz club and a drink. Talking about drinks, thanks to Q Ethan McCallum I had true American breakfast experience, including bottomless coffee.

Yet, the last word should go to ShabbyChef, who took a photo of a slide during Louis Marascio’s keynote and tweeted: 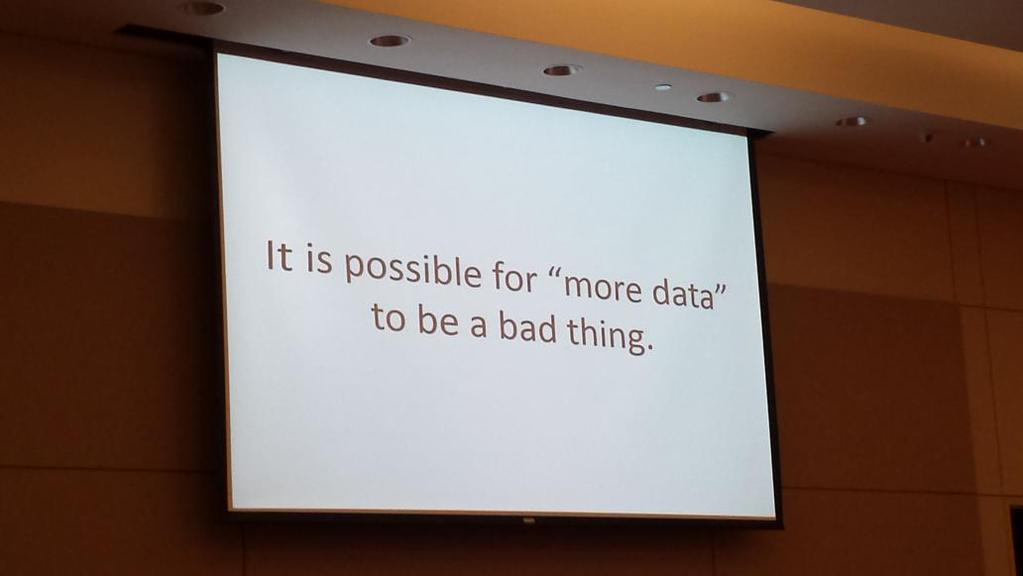