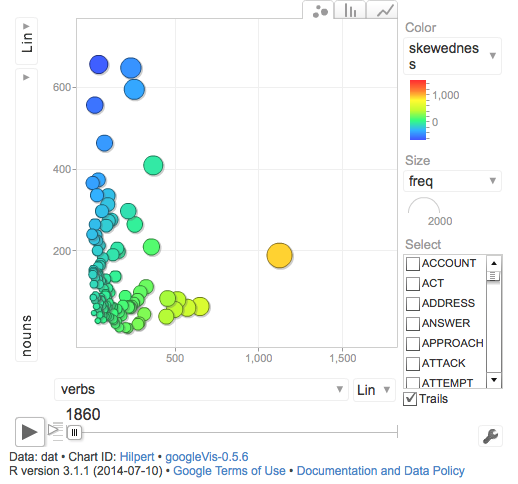 Version 0.5.6 of googleVis was released on CRAN over the weekend. This version fixes a bug in gvisMotionChart. Its arguments xvar, yvar, sizevar and colorvar were not always picked up correctly.

Thanks to Juuso Parkkinen for reporting this issue.

Example: Love, or to love

A few years ago Martin Hilpert posted an interesting case study for motion charts. Martin is a linguist and he researched how the usage of words in American English changed over time, e.g. some words were more often used as nouns in the past and then became more popular as a verb. Do you talk about love, or do you tell someone that you love her/him? Visit his motion chart web page for more information and details!